This week we cast an eye over how organisations have dealt with pandemic, and how that has left it’s people feeling, supported, inspired, or… not.

In times of growth and prosperity organisations possess the resources and muscle power to go that extra mile with employees. Development, engagement, reward, benefits and general investment in people can be higher depending on the outlook of the firm.

In the UK, the lack of capital investment by UK firms due to concerns of Brexit resulted in more hires. The lowest unemployment rate for decades and a seismic shift towards a job hunters market, meant that companies went all out in the war for talent.

As a collective purpose and single priority to protect lives swept the world, organisations and leaders had to quickly choose, at least for now, between people and profit.

From the outset, we saw some wonderful examples of people’s first policies. Retailer Next who had closed its physical stores ahead of the government’s guidelines voluntarily closed its online operation due to concerns about the risk posed to employees in its warehouse and distribution centre.

While initially supermarkets were nearly overwhelmed by panic buying, retailers like Tesco’s were quick to introduce in store social distancing measures and to provide personal protective equipment to its staff while making considerable donations to food banks.  It’s expected that these measures will near wipe out any profits made during the early stages of the pandemic.

Airbnb saw its revenue dry up almost overnight. Despite having to make over 20% of its workforce redundant, the young organisation kept its word to support those who had suffered as a result of the cost savings.

CEO and co-founder Brian Chesky announced to the entire employee base its decision to launch a public facing website with details of those employees who had lost their jobs. The site contained profiles, CVs and work samples for potential employers to consider.

For the remainder of 2020, recruiters at the firm are now an Airbnb alumni placement team dedicated to finding roles for colleagues who lost their jobs. The brand is also offering ex-colleagues up to four  months of external career services support and the ability to keep their company laptops.

While this example is among the best, it reflects the long-term value in treating people as your biggest asset.

Sadly, the sentiments showcased above were not shared by all employers. Shocking and wide-spread claims are surfacing from employees who were sacked for allegedly raising concerns publicly about the safety of their workplace.

Others firms, including American car manufacturer Tesla have restarted manufacturing despite not being given clearance to do so.

Meanwhile, some English Premier League football clubs were heavily criticised for Furloughing back office staff while having vast sums of money in the bank and leaving players on full salaries.

In the midst of the visible tragedy and sadness of the pandemic, many claim to have seen the best of humanity. However, when this ends and a new normality emerges, people will remember how they and those around them were treated during a time of need.

The social role and purpose of organisations beyond profit has never been so evident. We think that people will remember vividly the role their organisation played when reflecting on their career choices.

In our final blog of the series coming next week, we cast an eye over the leadership styles most evident during the recent crisis. With no playbook and little time to learn, find out which leadership styles sank or swam.

Check out our range of free resources: 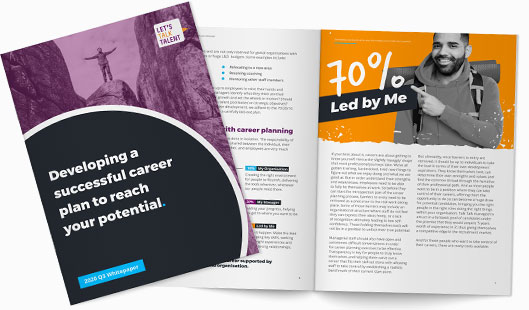