As an HR consultancy, we are used to the ‘Something’s not quite working well, but we don’t know what’ client brief. We usually have to start with a period of observation in order to try and diagnose the issue, and go through the usual ‘AH HA!’ discovery moment, all before we can even get to suggesting a strategic plan of action to address the problem. But whilst we do love a challenge, we were delighted to receive a different kind of call from Kings College.

What they required from us wasn’t a diagnosis: they wanted help figuring out how to hit the reset button in a way that was highly creative, different, and full of energy.

In short, nothing beige. You guessed it, we were all in.

This time, existing client Kings College wanted to focus on the development of a specific team. They had gotten a bit stuck and didn’t quite gel together. As such, they struggled to reach the elusive fourth stage of the Tuckman model of team development: performing. Their team manager wanted to get back to basics: getting everyone to know each other better, encouraging teamwork and moving towards the same common goal.

Do you really need professional coaches to achieve this? Surely an evening down the pub and everyone will be all pally right? Well, reality isn’t so straightforward. Due to busy workloads, conflicting schedules and the reality of working remotely, the team hadn’t managed to get together in over three years. New starters had jumped on the moving train and some leavers had stepped off along the way. All in all, the team felt a little… Disjointed. Team leaders wanted to ensure their department was given all the tools available for their people to reach their full potential. So reaching out to an impartial, external professional HR consultancy who could help them unlock that potential was a no-brainer.

But taking into account the current virtual context, was it a good idea to move ahead and deliver a remote solution? Considering the objective of getting to know each other better, wouldn’t it be best to wait until people could get together face-to-face? The truth is, it depends. At Let’s Talk Talent (LTT), we believe it is absolutely possible to create deeper bonds between team members remotely using technology, of course. But would we recommend it every single time? No. Some organisations may require something different and would benefit from a face-to-face context. However, in this instance, we determined that fast action that would get everyone aligned quickly was preferable to waiting until all parties could be reunited in the same room. Every situation is different and determining the right time and place for your desired outcome is key.

What we did on the Away Day

After our initial chat with Kings College, our first thought was a simple one. Go back to the start and take the team out for an away day. But we all know those two words conjure up memories of long PowerPoint presentations about top level financial results that don’t quite mean much to anyone. So we switched it up. We wanted the event to be warm, fast paced and full of energy. We also wanted all team members to feel safe to truly open up, bring their whole selves and bond with their colleagues. Lastly, we needed to secure participants’ engagement throughout the process so they would buy in to the final outcomes. Tall order huh?

We got to work early and created a buzz about the event so that everyone would not only be aware of it, but looked forward to it. We enlisted team leaders’ help to put together highly customised care packages and sent those out ahead of time. On the day itself, we started off by setting some ground rules to keep everyone focused and fully participating. We ensured emails were shut down and even lunch breaks were designated as mobile-free, a rule we’re glad to say everyone adhered to.

The day itself was created as a fast-paced and high energy event, peppered with lovely surprises along the way. LTT got together as a team and curated a list of custom activities and workshops based on Kings College’s specific organisational context, as well as their two main objectives.

Objective 1: getting to know each other

We went through several exercises that allowed team members to forge deeper connections with each other by learning more about their skills, values, and personality traits. These included:

Objective 2: moving in the same direction

We also needed to clarify the team’s purpose and objectives in order to focus everyone’s efforts on achieving the same goal. We used some of our tried-and-trusted methods here, such as:

And that’s just a small sample. The rest of the day was crafted entirely around Kings College, the team and its people and was geared towards getting everyone to bond and hitting the reset button before carrying on with their performance journey.

What made the team away day a success

Well we’d like to say our expert coaching had something to do with it. After all, it can sometimes be difficult to get individuals to open up and show their vulnerable side. But in this case, we’ve got to say we were extremely well supported by the Kings College team leaders, who led this initiative from the front. By handling all initial communications, they sent a clear message to staff that this event was an important focus and something that would help the team progress in the right direction.

They also participated in every single activity, role-modelling the kind of authenticity and vulnerability that are essential traits of high-performance teams. This was shown by their willingness to share experiences that could potentially be embarrassing, as well as getting involved in the fun stuff with their employees. They also understood when to step back and let others take the lead, and when to support the LTT team in their mission towards encouraging teamwork and collaboration.

Attendees were a huge part of this successful initiative as well, getting into the groove from the start and demonstrating the kind of engagement and enthusiasm we can only hope we are greeted with at every event we organise in the future.

And whilst some may consider the virtual dimension a bit of a blocker, we were able to use technology to its fullest potential. We enabled breakout rooms for smaller discussions, made use of the cameras to gage everyone’s reactions and adapt accordingly, as well as enabled chat to allow for spontaneous side discussions.

Team Away day: The results

We won’t be shy, we were flooded by positive feedback from participants mentioning they had “(…) never felt they were a team, until now.” Team leaders have confirmed everyone is now conscious of the way they communicate as a team, and that people understand each other much better.

And indeed, sometimes all you need to progress from one end of the team development spectrum to the next is a single highly-targeted push. By focusing their efforts into a surgically precise intervention delivered by professional coaches over a short period of time, Kings College was able to accelerate its team’s progression into the performing stage of their lifecycle. Was it the end of the journey towards performance for the team? No, of course. But the event was a clear starting point, one that Kings College could launch from in order to create the kind of legacy that would last the distance.

If this sounds like the kind of event that could energise your team and give everyone a new shared purpose, book a meeting with us to discuss.

We can help you hone in your efforts and design the kind of workshop that will get your team motivated for months to come. 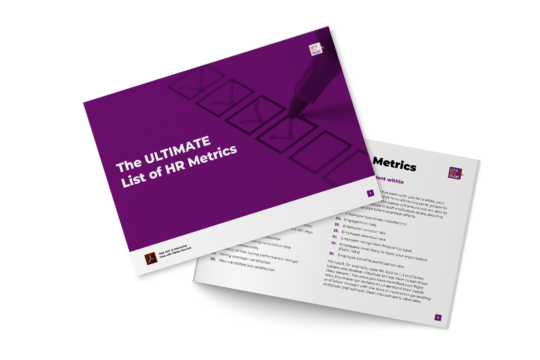